In early afternoon in New York, Bitcoin, the world’s largest cryptocurrency, was down 6.6% over the past 24 hours to $35,982, according to CoinDesk, after Russian President Vladimir Putin launched an attack on Ukraine, with Russian troops and tanks entering Ukraine and airstrikes pounding Ukraine’s capital and other cities. Bitcoin fell Thursday to as low as $34,338, the lowest levels since late January. Ether, the second-largest digital currency, dropped 8.7% to $2,437.

Bitcoin and Ether remain well off their all-time highs of $68,990 and $4,865, respectively, that were reached in early November.

“Gold spiked to $1,950, its highest since the end of 2020. Bitcoin plunged 5% to $35k …think we are finding out which of the two is the real haven,” said Neil Wilson, chief market analyst for Markets.com.

Gold prices surged Thursday as investors fled to the precious metal, which is typically seen as a haven asset, as the conflict erupted in Eastern Europe. In early afternoon, gold was at $1,924.90 an ounce, up 0.8%.

“The crypto world’s hopes for assets like Bitcoin to achieve digital gold status have evaporated as speculators have headed for the exit as the crisis in Ukraine has deepened,” said Susannah Streeter, senior investment and markets analyst at Hargreaves Lansdown.

“With huge uncertainty around how deep the Ukraine conflict could go and what ripple effects there could be in financial markets, crypto assets are likely to continue to be highly volatile,” Streeter added.

Edward Moya, senior market analyst at Oanda, said in comments before Russia launched its attack on Ukraine that “cryptos remain the ultimate risky asset” and that escalation of the Russia-Ukraine tensions “will likely keep the volatility elevated with swings to 20% in either direction.”

Bitcoin also has slumped this year—it has fallen more than 20% in 2022—on the prospect of higher U.S. interest rates. Moya noted how Bitcoin has been “battered” on bets over tightening from the Federal Reserve “but most of those risks are getting close to being priced in.

“This crypto winter has been brutal but it might end once we get past that first Fed rate hike,” he said.

The U.S. central bank is expected to start raising rates next month. 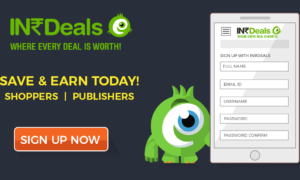