Who is the daughter of lord Shiva? 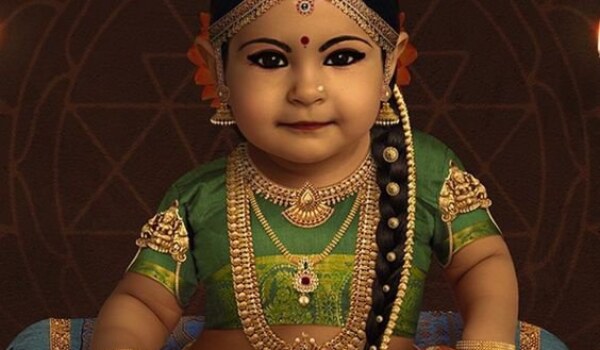 The goddess heard the wonderful words of Śiva. With his consent she mentally conceived a very virtuous and beautiful gem of a body. The Daughter of the Mountain obtained from that great tree a woman who was (so) lovely in all limbs, virtuous and beautiful that she, helping Cupid, had come to delude the universe.

Goddess Parvati named her Ashoksundari and further told her daughter that Nahusha will become her husband in the near future.

Through curiosity about the truth about the tree I conceived you. O good lady, the fruit, i.e. you, the wealth of beauty is instantly obtained. You are undoubtedly my daughter endowed with all good fortune. You will be known in the world as Aśokasundarī. Nahuṣa, lord of kings, well known in the lunar family, like god Indra, will be your husband.

The ancestral manes of the Patriarch Karddama, Sudhanwās by name, came into being from the noble Brahmana Pulaha (64).

They, gifted with etherial movements, are living in the regions where the dwellers move about of their own will. The Vaishyas who wish to reap the fruits of their actions, offer oblations unto them (65).

Their mind-born daughter is celebrated by the name of Viraja. O Brahman, she will be the mother of Yayati and the wife of Nahusha.

Viraja is directly mentioned as mind born daughter of the Pitrus and therefore Ashoksundari and Viraja are not the same person. Therefore it is possible to conclude that story of Ashoksundari may be interpolation and later added.